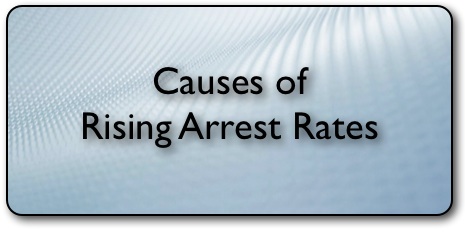 A primary concern among those working to lower incarceration rates is the extent that arrest rates seem to be rising even when crime rates should be expected to be stable. Understanding causes of arrest rates can help in working to reduce them.

The following is an excerpt from an anti-jail flyer and it helps illustrate the general public understanding of why arrest rates increase.[1]

Surging arrest rates – Our growing incarceration rate is in part a result of the growth in arrest rates. Arrest rates are in part discretionary, i.e. a result of policy decisions by the police departments about where to concentrate resources. These can be reversed.

The above statements would suggest that the surge in arrests is entirely due to larger numbers of police and more intensive policing practices. However, it’s reasonable to conclude that, unexpected increases in crime or drug use could produce unexpected increases in arrest rates. People aren’t arrested for no reason. Additionally, many 911 calls that result in an arrest originated from a citizen, and are not police initiated.

Here is a more comprehensive list of why arrest rates may up. Some of these would result in increased arrest rates even when crime is down:

It’s true that the presence of active, engaged, attentive, well-funded, and hard-working law enforcement officers (in higher numbers) can results in higher arrest rates, but other factors are present as well.

The most effective way to reducing arrests is to explore ways of reducing crime.

Click below to join our campaign to reduce incarceration. 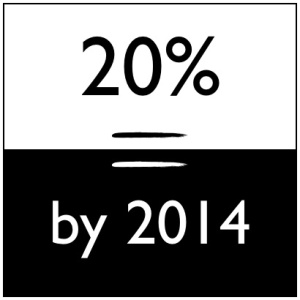